Is your ex-spouse trying to suspend, reduce, or terminate alimony payments owed to you because you live with someone else or with someone new? Have you been living with another person continuously for more than three months? If so, your ex-spouse might be trying to argue that you have “maintained a common household,” which could affect alimony payments.

So what is a common household? According to Massachusetts law, a common household is a shared primary residence with another person for a continuous period of at least three months. Although ambiguous alone, the law also provides a list of factors for the court to consider when deciding whether a common household exists; don’t worry, there are examples to follow. The factors provided in the law include economic dependence or interdependence on one another, collaborative conduct in furtherance of a shared life, benefits derived from the relationship, and oral or written representations made about the relationship to third parties in the community. There may be other relevant factors as well. Still confused? Keep reading to get a better idea. Below are brief examples that are based on real cases.

Example 1: Christopher and Ellen lived together for over three months. Ellen received alimony from a prior marriage. While living together, both Christopher and Ellen presented themselves to the community as a family, with Ellen calling Christopher her husband and Christopher calling Ellen his wife. The couple also gave each other rings in place of their wedding bands and regularly planned and took vacations with their two children. In using the factors, the judge found that Christopher and Ellen presented themselves to third parties as a family with a husband, wife, and two children, and that the two individuals were economically interdependent on one another, with Christopher earning a majority of the income and Ellen taking care of the household and watching the children. The judge also found that the couple planned their daily activities together, which was considered to be collaborative conduct in furtherance of a shared life together. Taken altogether, the court determined that Christopher and Ellen acted like a married couple and maintained a common household. Alimony was subsequently changed.

Example 2: In another case involving an unmarried couple, the court focused on the economic dependence or interdependence factor. Layne received alimony from a prior marriage. Layne then lived with William. Layne was disabled and relied on William’s health insurance during the time they lived together. In addition, because Layne was disabled and could not work, she primarily relied on William’s salary. William would also frequently refer to Layne as his “domestic partner” when speaking to his employer. The couple also bought a house together and shared the purchase price, mortgage, and home renovation costs. Further, William referred to Layne’s son as his own in a family member’s obituary. Because the judge found that Layne and William acted as a married couple, alimony was subject to change.

However, these are only two brief examples of how the court may analyze and decide on the issue of a common household and keep in mind that no two cases are the same. If either you or your ex-spouse is trying to suspend, reduce, or terminate alimony, Levine-Piro Law can help. Call us at 978-637-2048 or email office@levinepirolaw.com for a free consultation. 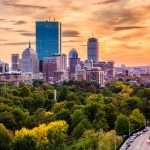 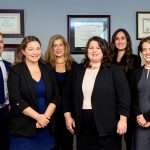